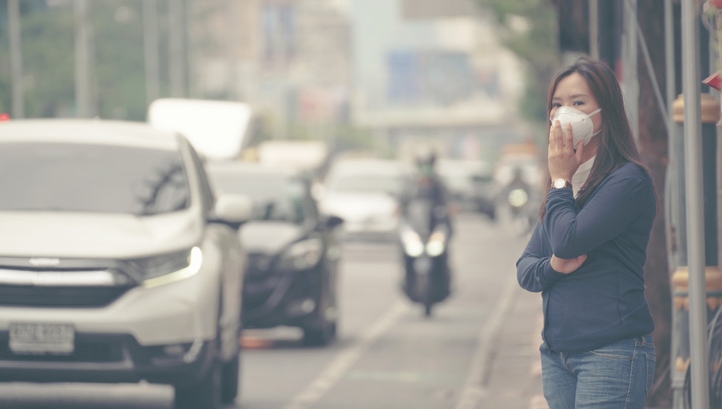 Recognising the need to adopt more stringent measures in the fight against air pollution, the World Health Organization (WHO) has finally updated its guidelines after 16 years. Over the years, the level of air quality has constantly dropped. Pollutants like nitrogen dioxide (NO2) and fine particulate matter (PM2.5) have increased the severity and number of health issues in the UK, Europe, and other parts of the world.

In the new guidelines, the limits for dangerous pollutants have been lowered by at least 75%. The pollutants in focus are emitted by diesel engines, which are responsible for damaging not only the environment but for human health as well. According to the WHO, exposure to toxic air leads to seven million deaths a year, with some cases resulting in shortened lives, particularly in highly polluted countries and cities.

While environmental experts and scientists believe that there is no safe level for air pollutants, particularly for PM2.5, lowering emissions limits is already a big help in reducing toxic air. And although the World Health Organization guidelines are not legally binding, authorities, governments, agencies, and environmental campaigners are often influenced by these recommendations.

The effects of air pollution on an individual are life changing and can last a lifetime. This is especially true for children and pregnant women. So, the WHO’s new guidelines are a welcome development.

Sticking to the limits will be challenging as there are several factors to consider, one of which is the diesel emissions scandal, which continues to hound manufacturers, car owners, and authorities six years after it first broke.

In 2015, the United States Environmental Protection Agency or EPA called the attention of Volkswagen authorities. According to the agency, the German car manufacturer installed defeat devices in millions of diesel vehicles sold in the US. These devices are used to cheat emissions tests.

Once these defeat devices detect a test is about to happen, they automatically lower emissions levels to within legal limits. As a result, the vehicles they are installed in are deemed compliant. However, when the cars are driven in real-world road conditions, they emit nitrogen oxides (NOx) that are many levels over the legal limits.

Authorities accused VW of deceiving their customers, who believed they bought environmentally friendly vehicles. In reality, though, they contributed voluminous amounts of toxic air every time they took their car out for a drive.

Volkswagen initially denied the allegations but eventually admitted to using the cheat software in 2017. The car manufacturer started paying fines and compensation claims, and recalling affected vehicles are required by courts. Soon enough, authorities in Europe and the UK also started their own Dieselgate emissions scandal investigation.

Volkswagen, Mercedes-Benz, and other car manufacturers implicated in the scandal emit nitrogen oxides or NOx.  These harmful gases contain nitrogen dioxide (NO2) and nitric oxide (NO), which, together, produce acid rain, smog, and ground-level ozone.

Exposure to NOx can cause a variety of health issues such as asthma (or aggravated asthma, if one already has it), breathing problems, decreased lung function and other respiratory conditions, increased reaction to allergens, inflamed airways, and fluid buildup in the lungs. In more severe cases, where the exposure time is longer, health issues can include reduced tissue oxygenation and the swelling of upper respiratory tract and throat tissues. NOx can also lead to premature death.

Nitrogen oxides also play a role in the formation of fine particulate matter or PM2.5. These fine particles can easily travel to the respiratory tract and all the way into the lungs. Exposure to PM2.5 can lead to short-term health issues such as shortness of breath, asthma, sneezing and coughing, and in some cases, heart disease.

If exposure to PM2.5 constantly increases, adverse health effects include more increased hospital visits due to cardiovascular and respiratory conditions, reduced lung function, chronic bronchitis, cancer, and premature mortality. Adults with existing heart and lung problems, the elderly, infants, and children are most vulnerable to PM2.5.

All these adverse health effects from exposure to nitrogen oxides are more than enough reasons for authorities to pursue the emissions scandal and for the WHO to change their emissions limits guidelines. However, to fulfil the goal of reducing toxic emissions, car manufacturers and affected car owners also have to do their part.

The World Health Organization recommendations may be addressed primarily by authorities and car manufacturers, but you can help save lives as well. If you believe your vehicle has been fitted with a defeat device, get in touch with your manufacturer right away. If they haven’t sent you a recall notice yet, ask them to.

You can then file for a VW or Mercedes emission claim (or whoever your manufacturer is) with the help of a team of emission compensation experts. It won’t be easy. It’s going to be a challenging process, but with an experienced team such as the one at Emissions.co.uk, filing a successful claim can be easier for you.